From his first solo exhibition ‘The Fabric of Tanzania’ in 2015, to today, with his art show ‘The Promised Land,’ on display at Toronto’s Worth Gallery from June 16th to 26th, Hans Poppe has established himself in Toronto’s arts scene for his versatility as a contemporary artist and his ability to vividly reflect African identity on canvas.

The Promised Land features portraits of notable African-Canadians throughout history, such as entrepreneur Viola Davis Desmond and Canadian journalist Carrie Best, who both challenged racial segregation in Nova Scotia, as well as Canadian Olympian Harry Jerome, and Toronto’s own, artists Drake and The Weeknd. 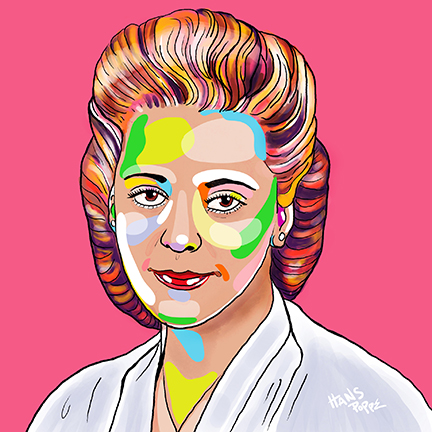 “The new series of portraits is just my way of taking the opportunity to learn and share about Black history here in Canada,” said Poppe.

“Growing up in Sauga, Black history usually meant a history about African-American slaves and how they were freed a long time ago. Which is part of the reason I never really associated myself as a Black person from here, both literally and culturally. I was always taught and reminded that our family's roots are deep and can be followed back many generations in Africa. So, I was never able to associate myself as a descendant of a freed slave.”

“This series is to show and remind everyone just how amazing, diverse, complex and nuanced our African-Canadian experience is... can be,” said Poppe on the portraits that were also featured on his social media for Black History Month. 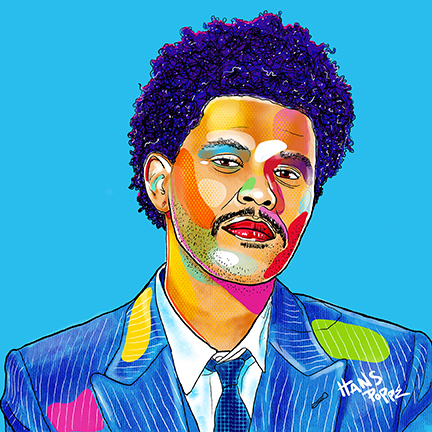 It’s a two-floored experience as gallery viewers can see Hans’ stylistic evolution as an artist, with the ground floor featuring some of his earlier works, like his 2014 painting of the Notorious B.I.G. done with spray paint and oil, as well as pieces from ‘The Fabric of Tanzania’ done by using oil on kitenge (African fabric).

He describes his style, be it his use of Graphic Design or painting by hand as “an amalgamation – I’ve learned to use both tools simultaneously to release my ideas.”

Hans’ latest portraits feature cultural icons in Black Canadian history and it is his way of engaging with the audience in the hopes they see themselves in these pieces. “As far as cultural perceptions go…  Even when people can’t speak the same language, it’s the hopeful, like-minded people who tend to prosper”. 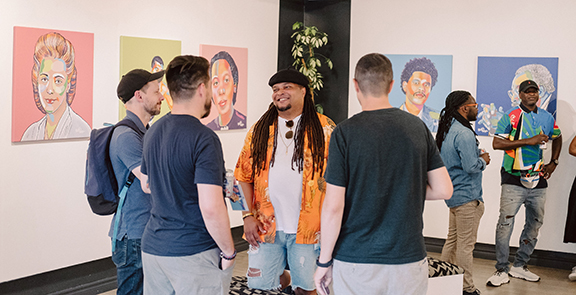 “For as long as I’ve been growing up in this country, I’ve never gone to a gallery or museum and seen myself in the art displayed. It has always been Eurocentric artwork. If I saw anything related to black culture, it was always tied to slavery or a negative side of Africa. I decided to do my own version of what it is to be African in our modern-day society,” said Poppe on representing his Tanzanian roots on canvas.

While his work caters to the Tanzanian or African diaspora, Hans’ pieces have always had a way of crossing cultural barriers and resonating with diverse audiences. Throwback to 2015 at his first public showing of his paintings at the Toronto Outdoor Exhibition, (now known as “Toronto Outdoor Art Fair), when an elderly Asian woman stopped by Hans' booth to look at a painting of his grandmother ‘Bibi’ that was the centerpiece.

“She was walking past my booth with her daughter, and she turned around, looked at the piece and stopped in her tracks. She couldn’t speak English, so her daughter spoke on her behalf. After asking me if I painted it, she said, “it reminds me of my mother.” And it blew my mind because I was primarily doing African pieces. Art really is universal; it surpasses language and cultural barriers. It encompasses different emotions.” 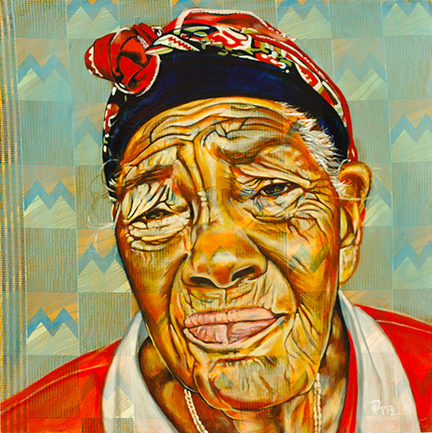 Hans’ portraits of Canadian immigrant stories have been displayed throughout the GTA as part of the COSTI Immigrant Services’ I AM (A NEW) CANADIAN campaign. He is currently working with the Ontario Heritage Trust as their Graphic Designer telling the history of Ontario from its natural lands, historic sites, local issues, and Indigenous and Black culture and history.

He has given back to the community by mentoring at-risk youth and young artists as part of The Remix Project’s art program, an experience he describes as “a humbling reminder” of his own beginning as a self-taught artist. 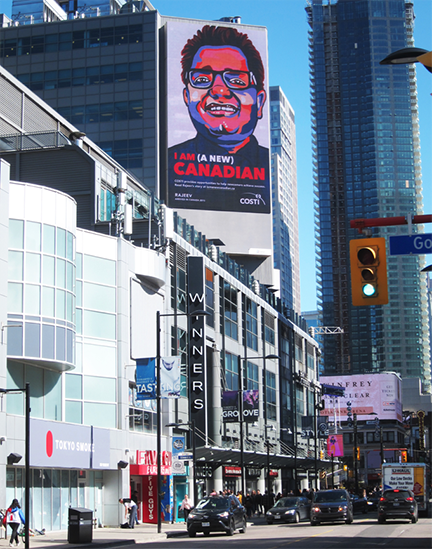 On his message to the community:

“What I’ve learned is that we have a very distinct and abundant story. Our aura, our language, the way we feel the music, and the way we see life are different. We all come from specific cultural backgrounds. We have had to identify as BIPOC, but where we’re from that’s not even a concept. It’s only a concept here in Western culture. I’ve realized that our story is sweeter, it’s juicier, and it’s more nourishing. Tell your story the way you see it and tell it from your heart.”

Hans Poppe’s art show “The Promised Land” will be on display at the Worth Gallery until June  26th. He will be at the gallery this Thursday, June 23rd, for a meet and greet, question and answer style talk about his artwork. You can check out his rich portfolio of work on his website: hanspoppe.com. Follow him on Instagram @hanspoppe or show support here.